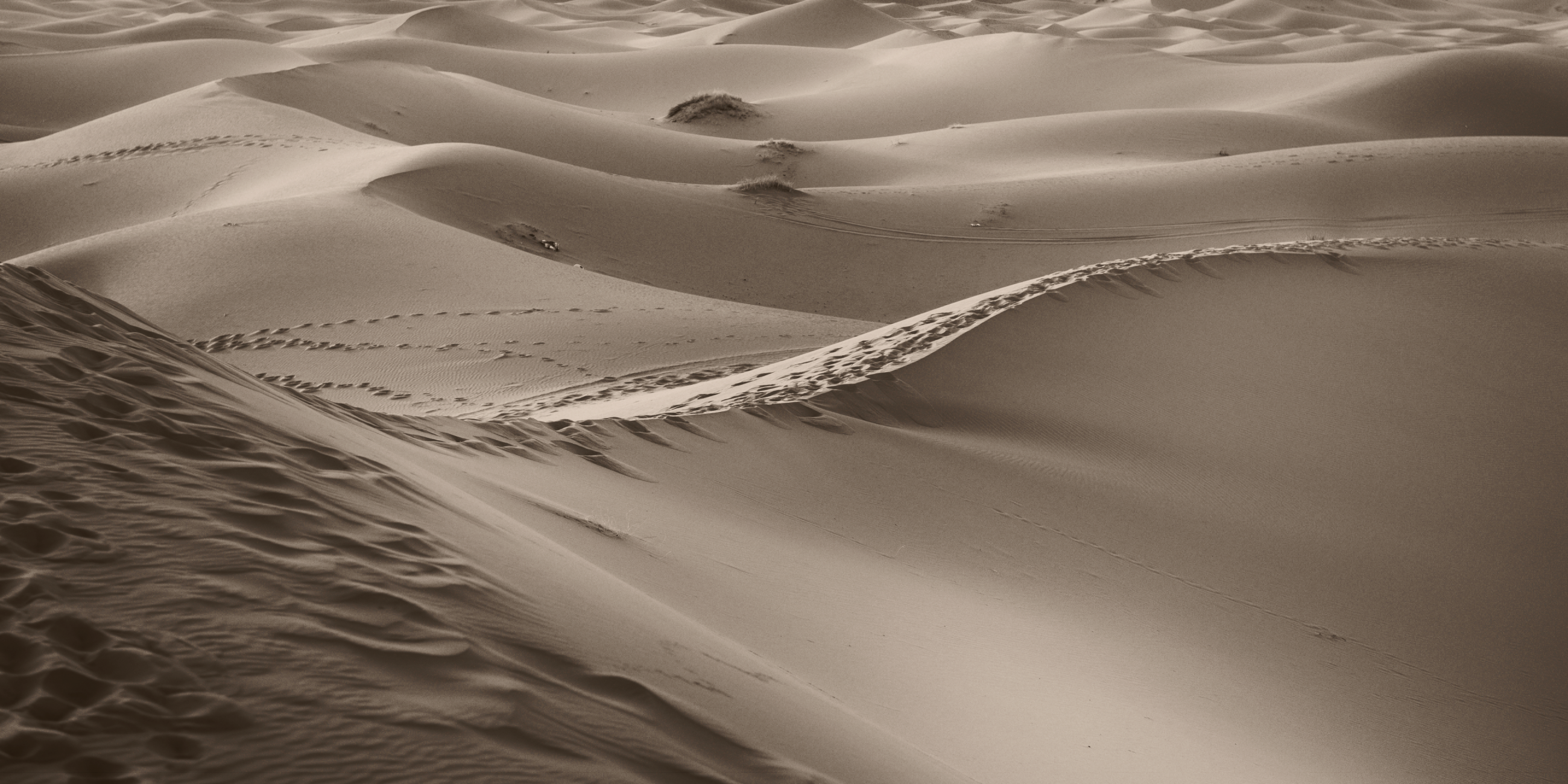 With more than 45.000 participants from all over the world, the 27th edition of the Conference of the Parties (COP27) just wrapped up in Sharm el Sheikh, Egypt.

After two intense weeks, it’s time to look back on the outcomes of the climate summit.

Therefore, this article will cover the main takeaways of the event as well as the key implications for the private sector.

As we’re rapidly running out of time to tackle the climate crisis, COP27 aimed to move from negotiations to implementation. Hence, the goal of the summit consisted of translating previous agreements and commitments into concrete projects and climate action. 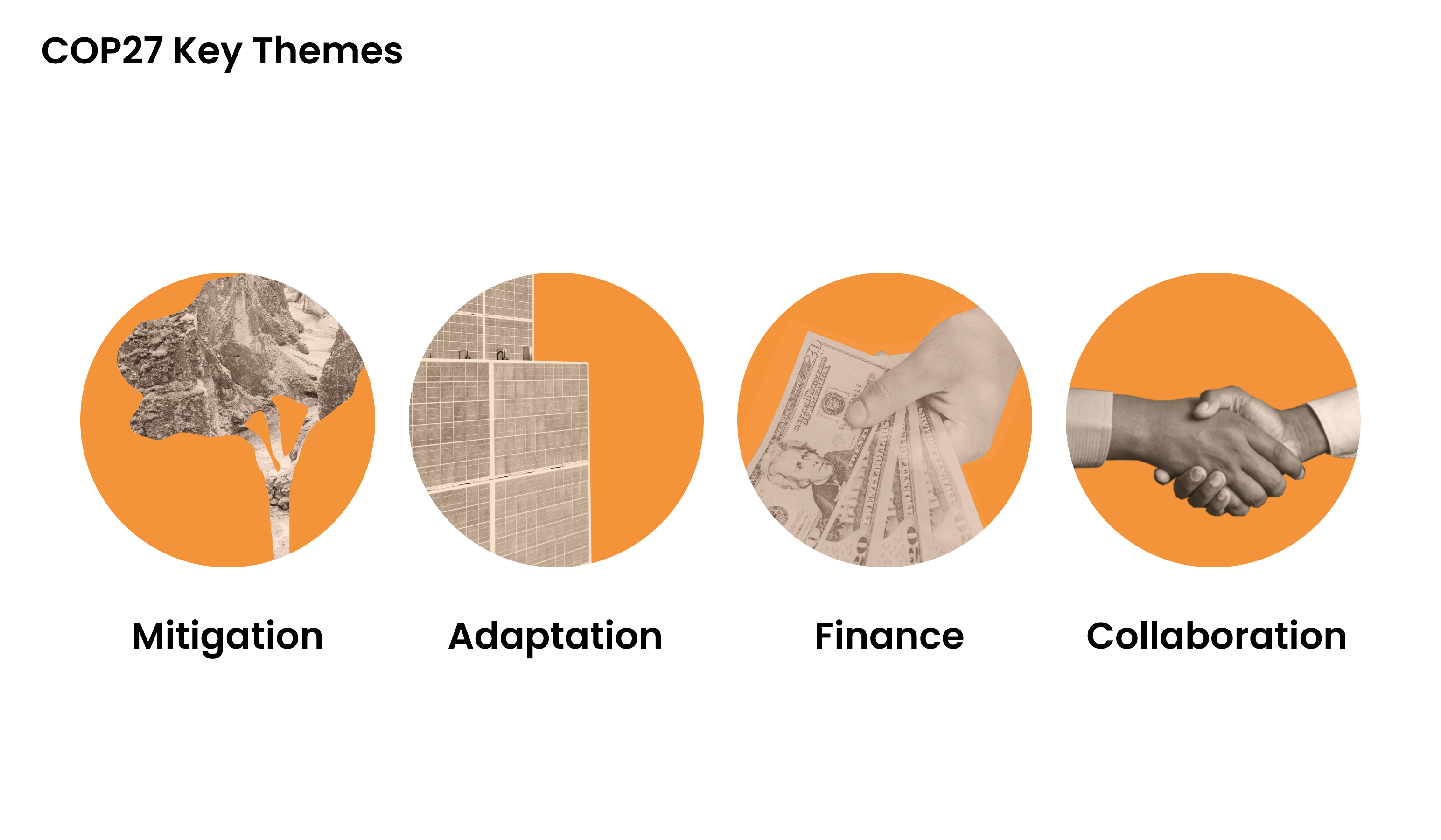 
Re-confirming the ambition set in the Paris Agreement, it’s imperative to stick to the 1.5°C pathway. In fact, climate science predicts that under a 2°C scenario:

According to the Global Methane Pledge, we need to cut methane emissions by at least 30% by 2030 to keep the 1.5°C scenario within reach.

Finally, countries need to check and adjust their Nationally Determined Contributions (NDCs) as well as move forward with decarbonisation solutions.


Significant attention is directed to increasing climate resilience. Particularly towards the most vulnerable countries, which also happen to be the least contributors to climate change.

Additionally, objective of the discussion is the 2009 $100 billion per year pledge. The former was submitted by wealthier countries to support mitigation and adaptation in developing nations. However, according to OECD, signatory countries are still $17 billion behind their promise.


As mentioned above, attention still needs to be put on climate finance. Existing commitments and pledges need to be followed up on.


Countries, governments, the private sector, and civil society need to join efforts to facilitate a ‘just transition’.   Some of the key initiatives aimed to enhance the creation of partnerships are:

COP27 official text was finalised last Sunday. On one hand, progress was made through the Loss and Damage Fund. On the other hand, the decision document lacks commitments to limiting global warming to 1.5°C and the phase-out of fossil fuels.

The Loss and Damage Fund for vulnerable countries is surely a big milestone of COP27. However, adaptation costs are estimated to range from $160 to $340 billion annually and still no decision has been made concerning who is going to pay.

For now, the COP27 text defines:

For the above, COP27 nominated a transitional committee responsible for operationalising the funding.

The front of emission reduction and fossil fuel phase-out has been instead highly criticised.

Despite the need for countries to strengthen their National Climate Targets before the Egypt Summit, only a few of the 200 Parties did so.

Another central topic of discussion was climate finance. In the final agreement, the Parties state that to reach net-zero emissions by 2050 it’s pivotal to:

The private sector plays a crucial role in decarbonising our economies.

According to the We Mean Business Coalition, by 2030 industries should join efforts to achieve: 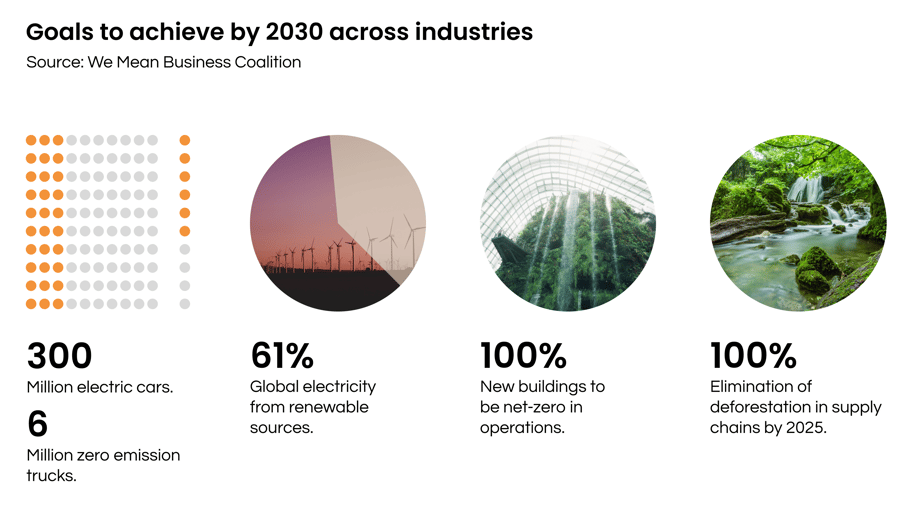 Based on the discussions that took place at the COP27 Business Pavilion, the private sector should focus on the following key areas.

Shifting towards a net-zero energy system

Businesses can accelerate the shift towards a net-zero energy system by:

Interesting initiatives to look out for are:

The private sector can push the adoption of electric vehicles by upgrading their fleet and transport choices. Relevant initiatives one could join are:

Increasing supply and demand for low-carbon and circular materials

Organisations can decarbonise their supply chain by purchasing less impactful materials. Additionally, they are encouraged to find ways to increase circularity within their operations.

COP27 was put forth as the Climate Summit for implementing solutions, rather than discussing plans.  Hence, organisations have a central role to play. They can take bold and prompt action to accelerate the fight against climate change and show policymakers their willingness to contribute.

Moreover, public-private initiatives and intersectoral collaborations are on the rise. Hence, businesses are seen as the main leaders in implementing change.