Clean up plastic waste around the city, plant trees in a nearby park, or switch to a vegan diet. There are plenty of things one can do on Earth Day to make a difference!

On the 22nd of April, we celebrated the 52nd edition of Earth Day!

It was originally started in 1970 by San Francisco activist J. McConnel and Wisconsin Senator G. Nelson, who asked USA citizens to join a grassroots demonstration. 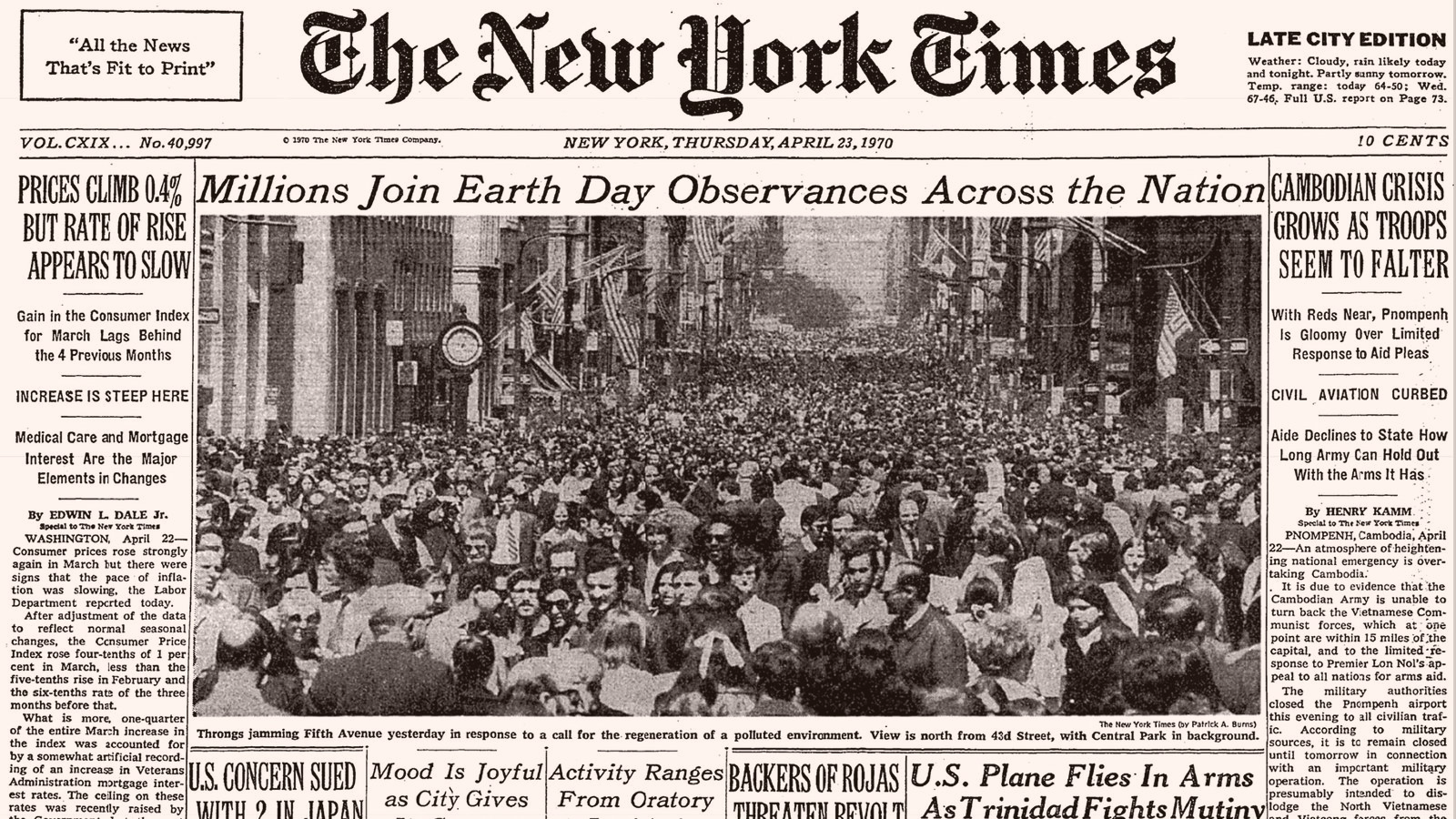 Over the years, Earth Day not only started to be an occasion to raise awareness around environmental problems. It turned into an opportunity to engage in virtuous initiatives such as community litter clean up, tree planting, and volunteering.

This year's theme is "Invest in Our Planet". The goal is to engage governments, businesses, and individuals to find solutions to the environmental and climate crisis.

Investing in our planet has never been more important, as the upcoming decade will be the decisive one to prevent climate change from causing irreversible changes.

To understand the urgency of action and what organisations can do, we refer to the Nine Planetary Boundaries Framework developed by J. Rockström in 2009.

The Nine Planetary Boundaries (PB) Framework is based on the processes that regulate the stability and resilience of our planet.

It identifies the limits within which humanity can continue to develop without the risk of generating severe and irreversible environmental changes.

Unfortunately, as shown in the picture below, we have already over-reached six out of the nine boundaries. 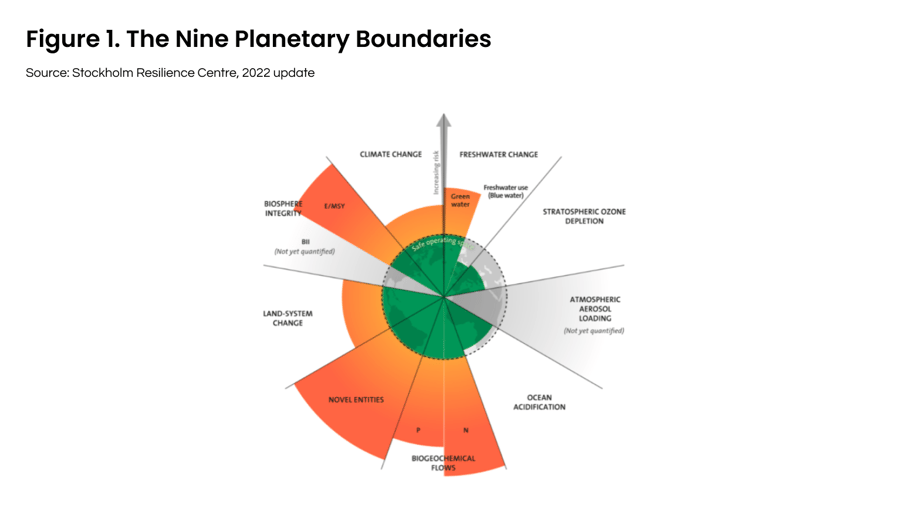 But let's dive into the meaning of each one of them before discussing the implications for the private sector.

Climate change is the consequence of an increasing concentration of carbon dioxide in the air.

The 'safe limit' identified by the Paris Agreement is a maximum of 2 degrees above the pre-industrial level. According to the Planetary Boundaries Framework, we are rapidly exceeding the safe threshold falling into the risk of causing irreversible changes.

Chemical Pollution and the Release of Novel Entities

Novel entities refer to those substances introduced by human activities which can cause unwanted geophysical and biological impacts.

To name a few heavy metals, radioactive waste, pesticides and microplastics. The latter has been even found in human blood (The Guardian, 2022).

Scientists have not defined a single significant boundary for this issue yet because of the complexity in perceiving the effects generated.

As explained in one of our latest blog articles, biodiversity covers the variety of all living organisms, including the variety in species, between species, and ecosystems.

Biodiversity is threatened by the effects of climate change and human activities and declining at a dramatic rate. Since 1970, our behaviours have wiped out 2/3 of world’s wildlife (NPR, 2020).

This is causing changes in ecosystem services that account for an estimated economic value of almost $30 trillion (SpringerLink, 2019).

However, the production and use of fertilisers alters natural nitrogen and phosphorus flows, pollute waterways, coastal zones and other aquatic systems.

Research shows that by 2050 almost half a billion people will experience water scarcity.

The ozone layer protects us from harmful ultraviolet rays from the sun. This boundary was surpassed in the 1980s. Nevertheless, the adoption of The Montreal Protocol in 1989 prompted collective action and put us back on track.

Aerosols are fine particulates in the atmosphere that can have natural or human-caused origin. The latter come from chimneys, car exhausts, wildfires, and so on.

Even though they harm human health, they have a counterbalancing effect on global warming. In fact, they produce a masking effect that curbs the impacts of emitted greenhouse gases.

Therefore, the role of this boundary on Earth's stability is very complex. That is why scientists have not identified a safe threshold yet.

Oceans are huge carbon sinks of our planet. In fact, almost 1/4 of CO2 is ultimately dissolved in the oceans.

When in contact with water, it forms carbonic acid, which decreases the pH of surface water, making it more acidic. The rising acidity impacts sea life and endangers ocean ecosystems, with potential consequences on the whole planet.

Over-reaching the "Safe Operating Space" of Our Planet

We are rapidly over-reaching the safe operating space identified by the Planetary Boundaries Framework.

Six out of the nine boundaries have been surpassed (climate change, biosphere integrity, land-system change, biogeochemical flows, chemical pollution freshwater use). Scientists stress the importance of businesses' commitment to reduce their impacts and move towards regenerative actions.

Otherwise, the negative effects of exceeding the thresholds will grow at an increasing rate and become more difficult to reverse.

Among the most significant risks for the private sector, one can cite:

More and more companies are setting emission reduction targets to become carbon neutral before 2030 or 2050. That's great, but why is it not enough?

The Planetary Boundaries Framework provides the answer: the PBs are highly interdependent and changes in one boundary influence the status of others.

Therefore, focusing exclusively on CO2 emissions is just not good enough as the stability of our planet relies on multiple processes.

An Ecologically Safe and Socially Just Space for Humanity to Thrive

The Planetary Boundaries Framework sets the ecological ceiling of the Doughnut Economics.

Similarly to the Planetary Boundaries, the Doughnut Economics stresses the importance of regenerative and distributive efforts within our society.

To be regenerative by design is crucial to understand how to restore our planet through the Repair – Reuse – Refurbish – Recycle Framework. 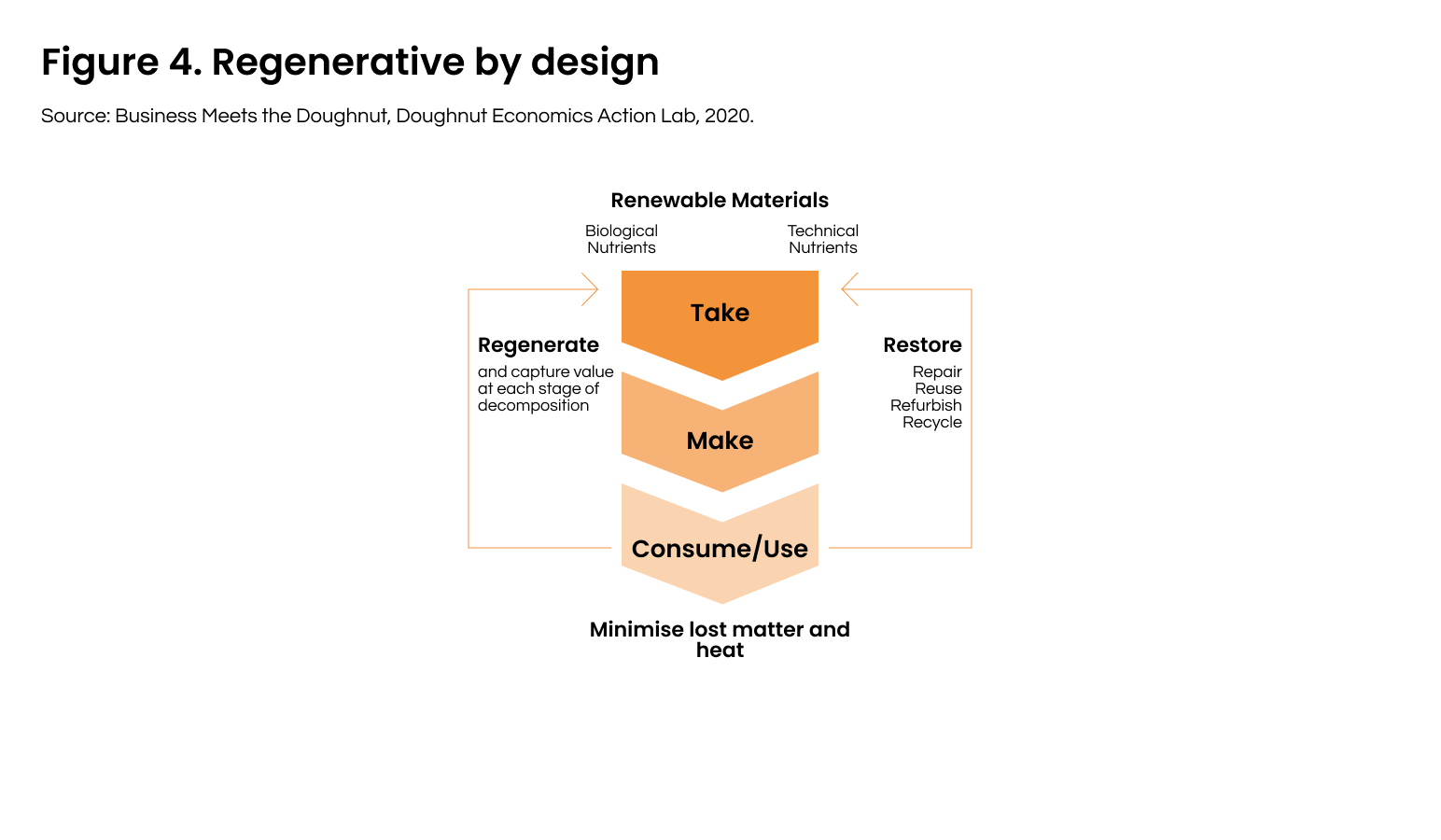 We are moving away from those organisations that strive to maximise value for the owners. Indeed, organisations distributive by design share value with all those who create it. 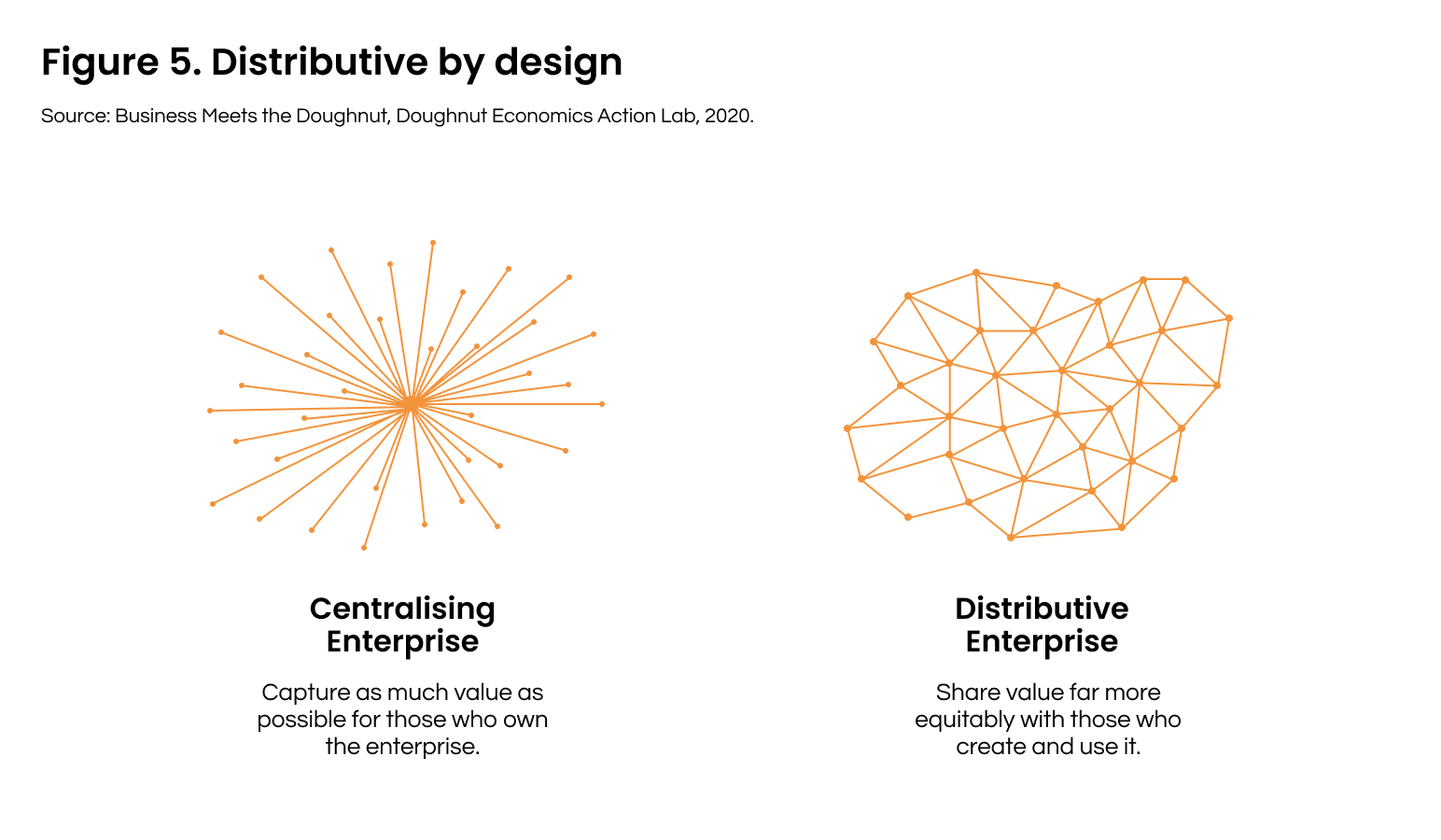 How to contribute to the Doughnut Economics

To meet the Principles of the Doughnut Economics, organisations should reflect on the benefits they are providing to society.  Corporate analyst M. Kelly defines 5 key design traits to understand if a company is adopting the Doughnut:

Concluding, the PB Framework and the Doughnut Economics push organisations to come up with solutions to global environmental challenges.

They shift attention from local and regional issues to a broader scale and encourage a mindset of doing “more good” rather than doing “less bad”.

Organisations must reflect on the 5 design traits above mentioned and strive to become a force for good.

To do so, try to keep in mind these principles: